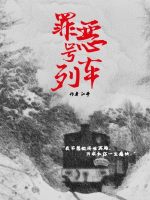 Zhou Yanling, a suspect in the Tongzhou 9/27 major murder case, appeared on the K4133 train. When the train conductor, Wu Fengrong first received this news, he began making the rounds, investigating.

On this train, various forces secretly wrestled; the truth was confusing, and the suspect was ambiguously entangled with the conductor.

Zhou Yanling had never encountered such a splendid person as Wu Fengrong, with a lovable physique and graceful charm. Zhou Yanling was so affected that he solicited that refreshing presence (1). Wu Fengrong was secretly wary that Zhou Yanling was concealing something profound. Who is he going to trick? It could be that he just wants to indulge. And when he was finished doing so, Wu Fengrong would not be able to keep himself from making a scene. In this moment, the two waited silently, each harboring their own designs and intents.

Thirty hours from Tongzhou to Baihe, the road is long…