A Sunset With Izaya Orihara 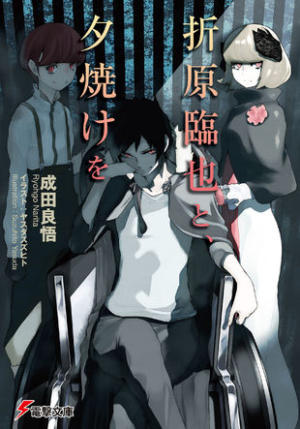 Durarara!! spin-off series that takes place after the original, starring Orihara Izaya as the main character.

An informant appeared in the suburban city. He simply cruises for information, doing nothing but giving people a push on the back.

[Geez, human observation (rehabilitation) can really be a pain]

He is an informant. This is not to exaggerate – he is but one man. Setting aside the fact of whether or not you should truely call being an informant an occupation, he certainly has the power to obtain a great deal of information.

He is by no means anything like a hero, nor can it be said that he is a villain.

Nor is he nothing.

He is only true.

He is eternally obedient only to his own desire’s.

He is determined to continue loving the good and the bad of the masses that are included in this world.

Because even if the result of his love causes his humans to become broken, the informant can still love these broken humans equally.