A Scout in the War of Resistance 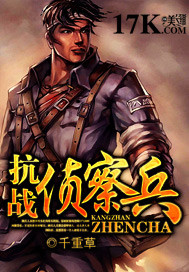 Scout Gaoquan arrived in the year 1933 at the Luowen Valley near the Great Wall, where the brave 29th army were in a blood-soaked battle with the Japanese invaders. Relying on the outstanding skills trained from the modern army, he threw himself into the hot-blooded and intense War of Resistance against Japan. One cruel battle after the other. One huge battle after the other that would decide the destiny of China. One butcher, war criminal, executioner after the other that were infamous and had both of their hands covered in the blood of our people. And one wise, brave commanders after the other that dauntlessly resisted against the Japanese invaders, leaving their brilliant glory in the history of the War of Resistance.

From soldiers to generals, going through hundreds of battles were not for any other reason. Only to kill a few more Japanese in battle. Only to protect a few more Chinese people. Only to stop suffering from humiliation and deep sorrow, and also only to let our homeland endure less torment from now on.