A Saint That Can See Ghost 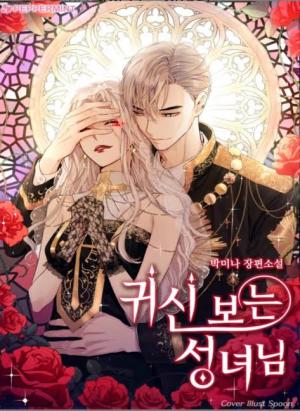 Foolish, Safes that open automatically, Vicherin Osirius, who was called the Fish Bread. She drinks poison as a trick of her husband’s extramarital affair and hangs up her dead body.

(Fish bread: Bible story in which Jesus blesses a small amount of fish and loaves of bread, resulting in the disciples having enough food to distribute to thousands of people.)

But I didn’t expect it to be a divine move.

Viche was addicted to poison, has not returned to reality for a month. What’s interesting is that the dream I had was 30 years in another world.

Viche came back with 30 years of Korean actress’ memories.

Divorce succeeded by collecting huge amounts of divorce alimony and compensation for mental and physical damage!

After that, Vichr spent the night with an attractive man named Roel. I thought it was just a one-night relationship…

The more we meet, the more dangerous it smells.

Who the hell are you?!