A Reincarnation Romantic Comedy Of A Hero And A Witch 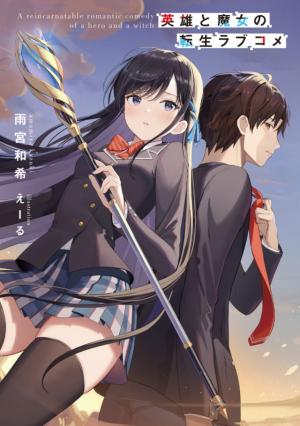 Shiraishi Gomichi, an ordinary high school student, has a secret. He has a memory of his previous life. In another world, different from this one, Morimichi was a ‘hero” who saved humanity. However, this is only the story of his previous life. In this life, it was supposed to be a normal student life, but the appearance of Mai Shiina, a girl who moved into the same class as him, changes his ordinary life. She was a reincarnaited witch like Gomichi, who once plunged another world into disaster. They had killed each other many times in their previous lives, but when Gomichi asks her what she wants now, Mai tells him.

“I can’t live without you!”