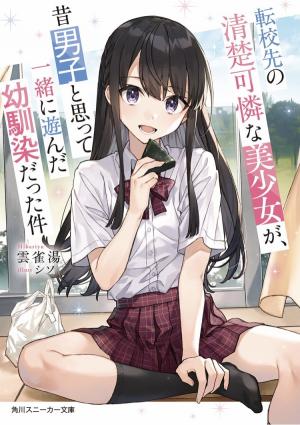 A pure love story with a beautiful girl who was supposed to be your best “male friend”!

At the end of a summer when Hayato was a child, he made a promise to his precious friend. 7 years later, Hayato transferred to a high school in the city and met his childhood friend again, who had become a …… neat and pretty girl!

Haruki, known as The Takamine Flower of her class, smiles innocently at Hayato with the face of a brat when they are alone, trades lunches in empty classrooms, plays games together at home,…… But she turns red when he makes fun of her and treats her like a girl. It’s cute.

The country and the city, the boy and the girl, the grown-up mind and body. If there are things that have changed while they were apart, there are also feelings and promises that have yet to be changed. ……

It’s the beginning of a coming-of-age love comedy with a childhood friend who is a former “male friend”!