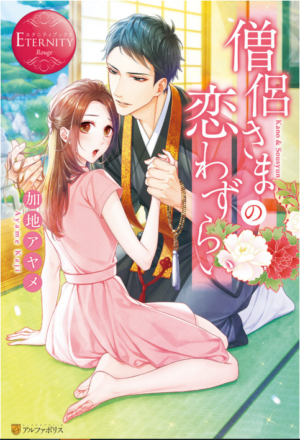 Twenty-nine year old Kuzuhara Kano loves her ordinary daily life above all else. While her friends are getting married and having children one after another, she is not in a rush nor does she have any aspirations, living a carefree single life. But one day, her life changes. By a twist of fate, she is suddenly proposed to by a handsome monk. No matter how handsome he is, it is impossible to marry a person you’ve just met!! Although Kano is surprised and instantly refused him, he still smiled charmingly and didn’t seem to give up. On the contrary, a sweet coercive approach has begun—

Too much doting, doesn’t he know the limits?! The sex appeal-dripping monk’s and a carefree girl’s sexual attraction at full throttle! A cute love story!