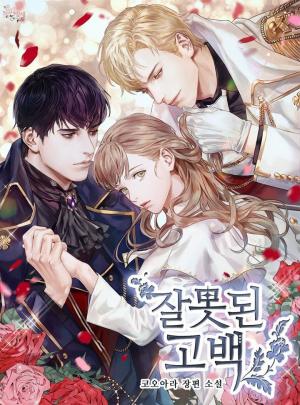 I confess. I couldn’t do it while sober so I had taken a shot of liquid courage.

Something’s strange. His voice is deeper, his height slightly different, and his physique even more so. In fact, after a closer look, even his hair colour, which reflects the moonlight, is different ⁠— this is crazy. It’s someone else, and is none other than Duke Cabel Willard who’s known as the ‘Grim Reaper’ of the battlefields!

“From now on, don’t refer to me using strange titles. Call me by name instead.”

The corners of his lips, which were always frozen stiff, curve into a smile. It seems like he would immediately kill me if the truth of my false confession was brought to light.