A Different World Romance That Begins With a Reincarnation! ～The Excluded Summoned Wanders the World in Search of Their Reincarnated Childhood Friend～ 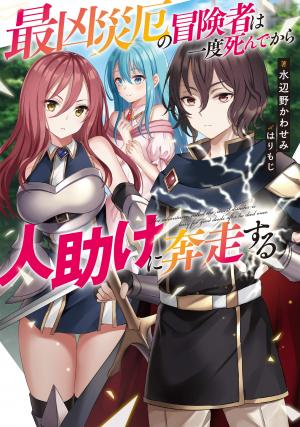 One day, high school student Ryou Aomi loses his childhood friend and first love, Mia Morisaki, to illness, and is suddenly summoned by a hero and transferred to another world.

A few weeks later. He begins to think that there is a possibility that Mia has been reincarnated in this world, but his life is taken away as a person who brings disaster.

However, just before his soul is about to be extinguished, he activates his only gift, “Ikiru Ryuten,” and is revived as the strongest being in the world.

『If you are reborn in another world, please meet me again…… and love me again………』

After changing his name to Siryu and becoming an adventurer, Siryu sets off on a journey to another world where danger and adventure await him, in order to fulfill the promise he made to Mia.

Is the girl he meets there the reincarnation of Mia?