A Deal With The Frigid Wizard 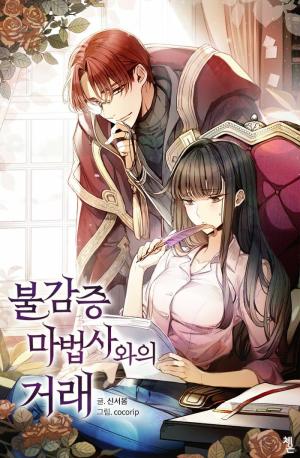 Hisran Epheshion, a flame wizard with a beautiful appearance and immense magical power.

His only weakness was that he couldn’t get an er*ction…!

Then, one day, Jaeha, a woman from another world, falls like a lightning bolt in Hisran’s secret space, and the manhood that has touched her ‘jumped,’ overshadowing his worries so far.

Hisran, noticing that he was excited by her, offers her a secret deal…

“I want to make a proposal to you.”

Jaeha was excited by Hisran’s words that if she cooperated in the treatment of his frigidity, he would grant her wish.

Ah, did someone with frigidity stand up in bed like that…?

Hisran quickly added to the fierce gaze as if she was looking at the world’s biggest liar.

“You were the first.”

A treatment for the frigidity of love amateurs starts from the body!