A Crane Cries in Huating 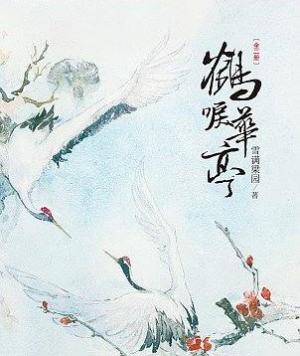 A youthful beauty in exquisite brocade,

Under a man who reigns over tens of thousands.

A young man loses his backing,

Brothers fight against each other,

And a father and son that dread one another;

The courtier betrays his ruler.

Under such a rule, what branch can one even rely upon?

Amidst the sorrow of parting, what feeling can thee even trust?

Meeting you was not something I wished for.

But now that we met, I plead you to lighten up thy lamp,

Light up this beautiful hell for me.

Maybe then, I can climb Nanshan hand in hand with you in the late spring.

Let us witness the meadow, on which the orioles fly, and

hear the cries of cranes,

Watching them leap over the lake like broken shards of glass,

Before journeying to the clear open

In the autumn of the first year of Jingning, Gu A-Bao, a washermaid of the laundry house in the crown prince’s residence had finally succeeded in getting the attention of Crown Prince Xiao Dingquan after months of planning and patiently waiting. After many struggles, at last, the crown prince opened up to A-Bao. The two promised each other to go to Nanshan in late spring and listen to the cranes together. However, soon, a rather unfathomable, and shrewd, Prince of Zhao suddenly emerged in politics. Using Xu Changping’s past, the Prince of Zhao aims to bring down the crown prince who was plotting to usurp the throne. With the intention to help the crown prince, the Prince of Zhao was reported with a false letter by A-Bao at the very last moment. As the end approaches, the two are yet again confronted with a choice. Will they be together? Or perhaps…