A Complete Explanation of the Negative Textbooks for the Imperial Examination 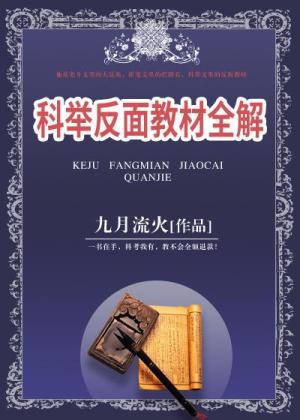 The above answers are all in the “Complete Explanation of the Negative Textbooks for the Imperial Examination”. This book covers family disputes, imperial examination difficulties, officialdom troubles, king and ministers. Suitable for people interested in a powerful villain minister.

With a book in hand, taking scientific exam, and the teaching will not give a full refund! Later, when the noble families taught their children to study, they would always take Xiao Jingduo as an example: “Read well, don’t go astray. Don’t learn from him. You can’t disgrace the words of the sages.”

The world’s evaluation of Xiao Jing Duo is mixed. What he is most criticized for is that he has no literati style. And he is willing to be the sword of the regent princess and work for the princess. Until later, Xiao Jing Duo married the princess regent.