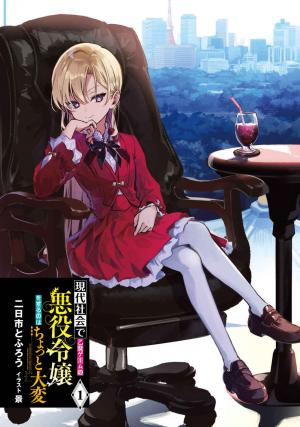 I was reincarnated as a villainous daughter in an otome game based on the modern world. But because it’s a modern world, the slow life of a villainess has many hardships, and modern Japanese history, modern economic history, and the global economy attack the main character when she tries to manage domestic affairs.

Hang in there, villainess! Don’t lose, villainess! This is a story about the struggles of Keikain Runa, a villainous daughter who throws herself into history falsification and money wars, leaving the main character and the capture targets behind in order to live a proper slow life, with the backdrop of a lost World War, the collapse of an economic bubble, and a looming financial crisis.